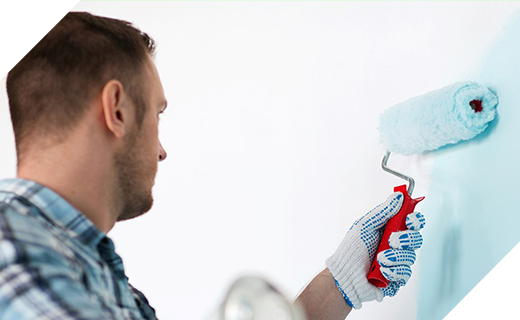 Scotland is a nation of home improvers, new research by FirstPort, the UK’s largest residential property manager, reveals as Scots spend more annually on home improvements and decorating (£270) than any other UK region.

Scottish home maintenance habits revealed: Scots spend more on decorating than any other UK region, but the least on gardening:

Scotland is a nation of home improvers, new research by FirstPort, the UK’s largest residential property manager, reveals as Scots spend more annually on home improvements and decorating (£270) than any other UK region1.

But this zest for home-improvement doesn’t stretch to outdoors, with Scots spending significantly less on their gardens than other UK regions, at just £103 per year. This is over £10 less than the next lowest region (North East, £114) and less than half that of the highest spenders, in Wales (£223). This could be explained by a greater proportion of Scots choosing gardening as their least favourite property maintenance task (20%), more than any other region.

In total, Scots spend more time (117 hours) on property maintenance tasks, from decorating to cleaning gutters, than the UK average (114).

Calculating the cost of jobs such as plumbing, painting, cleaning carpets, windows and gutters and doing ad-hoc decorating, repairs and gardening, Scots estimate they spend £910 a year maintaining their homes. Adding to this the amount of time we spend working on our home2, the full cost of maintaining the average Scottish home reaches £2,083 annually.

Keith Murray, FirstPort regional director, Scotland, said: “It takes both time and money to keep a house in good condition, as we know from the 10,700 properties we look after in Scotland. In our increasingly time-poor society, we wanted to better understand Scots’ attitudes to property maintenance so we can make sure we’re adding as much value as possible to our residents’ lives, as well as passing on our knowledge and expertise to homeowners who feel less comfortable with the tasks we do every day. When over 25% of Scots have injured themselves maintaining their home, sometimes it might not be the best idea to ‘Do It Yourself’. If a job seems dangerous or difficult, getting a professional who understands the importance of health and safety and can help you fix small problems before their turn into bigger issues will often be a better option!”

The study of 2,000 nationally representative UK adults delved into Britons’ property maintenance habits. In Scotland, 28% of those who put off household tasks and DIY saying they do so as they are too busy, while 27% say they are unsure of what to do. Less than 1 in 10 (8%) are worried about damaging or devaluing their home and just 7% are worried about injuring themselves.

These fears are not unfounded; as the research found 28% of Scots’ (1.48 million) have injured themselves while maintaining their homes, with more than one in 20 (6% – equivalent to 317,700 adults) having to take time off work or go to hospital.

Kate Faulkner, Property Expert, said: “As someone who carries out a variety of property projects every year, the most important thing I’ve learned is to know what you can do yourself and what you should leave to the professionals. Jobs such as keeping the garden tidy or a bit of painting here and there can be done by most people – some might even enjoy it! However, other jobs that might appear simple, such as clearing the guttering, getting rid of mould or replacing sealant on baths/showers, are actually, in my view, best left to the professionals as they often require specialist safety equipment, expert knowledge and skill.”

The survey was carried out by Opinium for FirstPort, with 2,000 nationally representative UK adults polled.

Kate Faulkner is one of the UK’s leading property experts. She has written 11 property books including four for the consumer organisation Which? – Buy, Sell and Move House; Renting and Letting; Develop your Property and Property Investment Handbook, and regularly speaks at conferences and in national print and broadcast media about the property industry.
Kate also carries out one-to-one advice on a consultancy basis for the industry and the general public, through her business Propertychecklists.co.uk., which provides consumers with free, independent advice on how to buy, sell, rent, invest, renovate, maintain or build a property.